The finest resolution for spot characterization and Machine QA 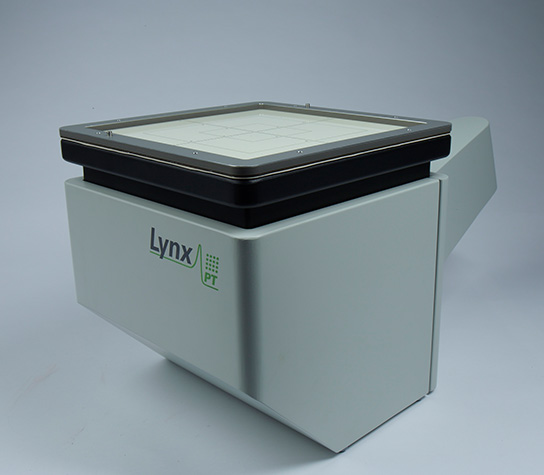 Conclusion
The proposed combination of the Lynx® + Sphinx® systems appear to be suitable as a device for daily QA of proton range for PBS proton therapy, even under extreme, and very unlikely, set-up and beam delivery uncertainties.

The Lynx detector consists of a box composed by a scintillating screen of gadolinium-based plastic material which converts the energy lost by ionizing radiation into photons. This light is reflected to photodiodes of a CCD camera outside the irradiation field. To avoid the saturation of the camera, iris aperture can be changed, as well as the gain. The detector signal from the CCD camera is digitalized at a 10-bit depth.

The Lynx detector is easy to setup. It can be operated on the treatment coach. Data is transferred to a PC via Ethernet (previous version used Firewire).

Lynx is supported by the following software solutions:

Besides these corrections, before each detector irradiation session, a background correction is automatically measured to remove both thermal and electronic noise of the camera from the following acquisitions. 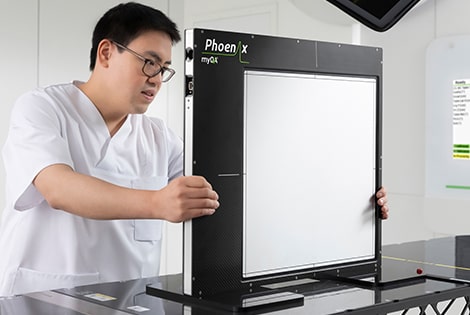 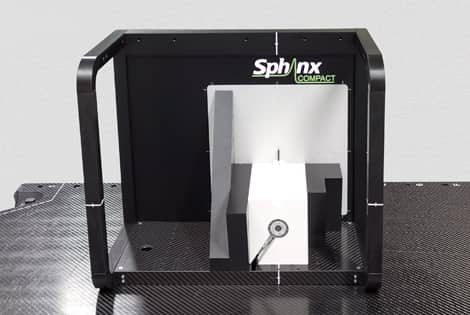 The Compact Daily QA Solution for PBS
What if you could complete your PBS QA in < 10 minutes? 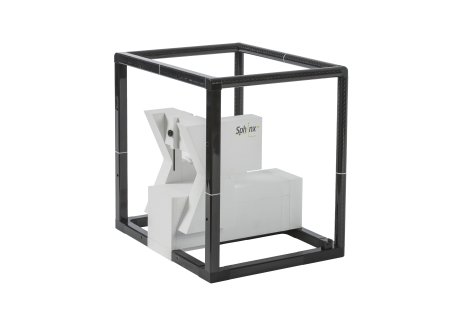